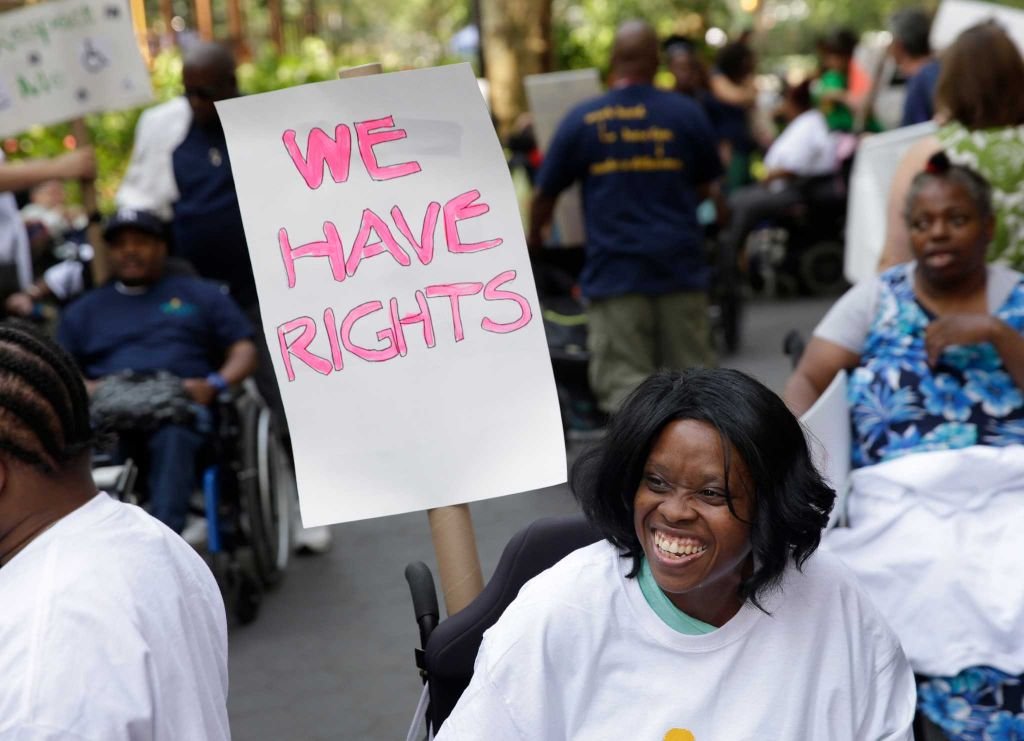 NEW YORK (AP) — New York City hosted its first parade Sunday supporting people with disabilities, with more than 3,000 participants heading up Broadway using wheelchairs, canes and guide dogs.
"We're here full force," said rapper Namel Norris, 33, now in a wheelchair after being shot in the Bronx and paralyzed as a teenager. "I thought my life was over, but music is my calling, I have a purpose in life."
Mayor Bill de Blasio kicked off the inaugural NYC Disability Pride Parade, saying he's proud his city is a national leader in supporting rights for disabled people.
The grand marshal was former U.S. Sen. Tom Harkin, the Iowa Democrat who 25 years ago sponsored the Americans With Disabilities Act.
"I may be retired from the Senate, but I'm not retired from the fight," Harkin said. "We know that when companies hire people with disabilities they get the best workers, the most loyal workers, the most productive workers."
De Blasio said his administration is "very, very committed already on the issue of accessible taxis, but all Tom Harkin had to do was say London was doing better to get my competitive fire going," the mayor said, laughing.
About 4 percent of New York's yellow cabs are accessible, said Allan Fromberg, a spokesman for the city's Taxi and Limousine Commission, compared to London, where every taxi can handle wheelchairs.
In New York City, de Blasio declared July as "Disability Pride Month" in honor of the 25th anniversary of the landmark federal act that aims to guarantee equal opportunities and rights for people with disabilities.
The city has planned a series of events relating to New Yorkers with disabilities. That includes an exhibit at the Brooklyn Historical Society titled "Gaining Access: The New York City Disability Rights Movement."