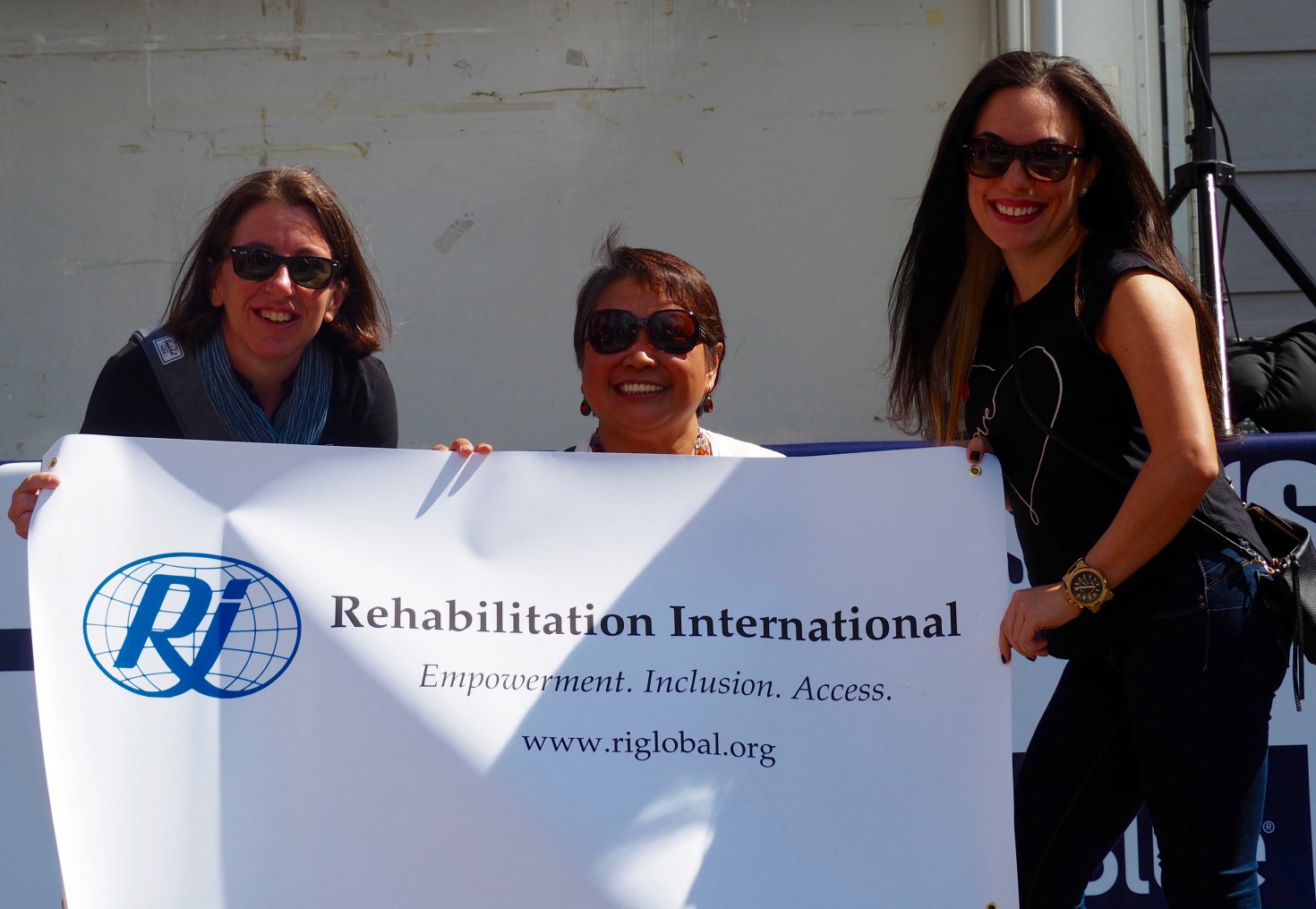 More than 5,000 disabled people rolled, motored and strolled up Broadway to Madison Square Park on Sunday for the second annual Disability Pride Parade, one of the largest gatherings celebrating and advocating for disability rights in New York City.

During a rally before the parade, Richard Buery, the Deputy Mayor for Strategic Policy Initiatives, announced the city’s first-ever report on the state of people with disabilities and interagency plans to improve the quality of life for people with disabilities across the five boroughs. “With this plan, the we aee paving the way for the rest of the country, bringing together city agencies to prioritize accessibility to resources and services,” Buery told a cheering crowd.

Through collaboration with dozens of city agencies, among other initiatives, New York will increase the pool of accessible and affordable apartments for people with disabilities, expand dispatch services for accessible taxis and launch the At Work initiative, which will provide access to employment opportunities for a minimum of 700 unemployed or underemployed people with disabilities.

“Being a life-long New Yorker and a wheelchair user, I understand from experience the complexity that people with disabilities face on a daily basis – from navigating our streets to obtaining needed services,” said Vincent Calise, the Commissioner of the Mayor’s Office of Persons with Disabilities. “This is truly an unprecedented undertaking: never in the history of NYC government have so many city agencies worked together on a comprehensive report to advance the interests of New Yorkers with disabilities. I am confident that the progress we make will be unprecedented as well,”

RI Secretary-General, Venus Ilagan, joined Daniela Bas, the Director of the Division for Social Policy and Development the United Nations Department of Economic and Social Affairs, Calise and the many others from the Mayor’s Office of People with Disabilities, in helping New York “remember that people with disabilities belong to society, deserve equal rights and should honor themselves,” she said. Ilagan became disabled due to childhood polio; Bas from a tumor on her spine at age six; and Calise during a mountain biking accident more than 20 years ago.

“Growing up, there were no specific laws in favour of children with disabilities, so my parents and I had to be creative in pioneering different ways of overcoming physical and attitudinal barriers, along with stigma and discrimination,” Bas has said of her paraplegia. “This made me resilient, persistent and a quick problem solver – qualities that have been valuable to me in life.”

The parade, started by renowned jazz pianist, Mike LaDonne, whose daughter suffers from Prader-Willi syndrome, a genetic disorder that has rendered her he without speech, legally blind and mostly wheelchair-bound, said he founded the parade to “break the stereotypes and show people that these people deserve all the same respect and same chances as everyone else.

“It was a no-brainer,” he said. “We have a rich history of pride events, and want to build on that and more with our friends and allies who hold fantastic events around the U.S.”

Serving as Grand Marshals of the parade were disability rights leaders Marilyn Saviola, who has spent her life advocating for health services for disabled women, and Ambassador to the UN from Korea, Oh Joon, the outgoing President of the Conference of States Parties to the Convention on the Rights of Persons with Disabilities (CRPD).

The parade began and ended with rallies, and vendors lined the streets to advertise services and even give some a taste of disability sport, such as the New York Road Runners, who introduced chair racing. Disability Pride, coincided with the 25th anniversary of the signing of the American’s with Disability Act (ADA) in 1990 by President George HW Bush. So far, only Chicago and Philadelphia have sustained annual disability marches, with the first one taking place in Boston in 1990. To see updates: www.disabilitypridenyc.org