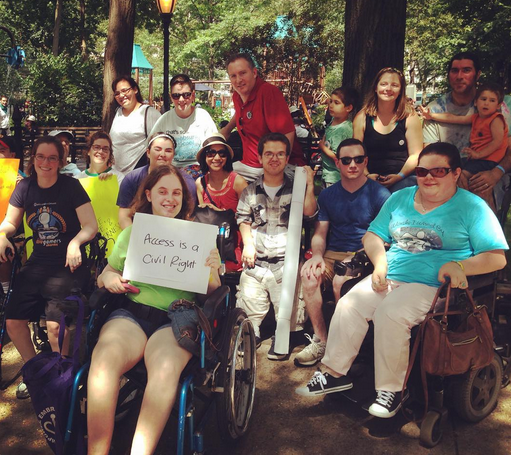 We were so excited to march with around 3,000 participants in New York's inaugural Disability Pride Parade this past Sunday.

Mayor Bill de Blasio kicked off the event with remarks and former U.S. Senator Tom Harkin, who sponsored the Americans with Disabilities Act 25 years ago, served as grand marshal. Earlier in the month, Mayor de Blasio declared July as "Disability Pride Month" in honor of the 25th anniversary of the ADA, which aims to guarantee equal opportunities and rights for people with disabilities.

I thought this quote from The Wall Street Journal resonated with the work we are doing with Diversability.
“Seeing people with various disabilities gathered together was unusual [...] This is probably the only place you ever see every facet of the community come together. We’re often divided by diagnosis.”
— Alex Elegudin, president of advocacy group Wheeling Forward
We are excited to be hosting our next event alongside the city's programming to celebrate!

It was also great to see some Diversability community members and friends! You'll find a handful of photos from the event below. Unfortunately, there wasn't much live press coverage of the event, as shared by creator of the DiversAble Model Project Amanda Frantz.