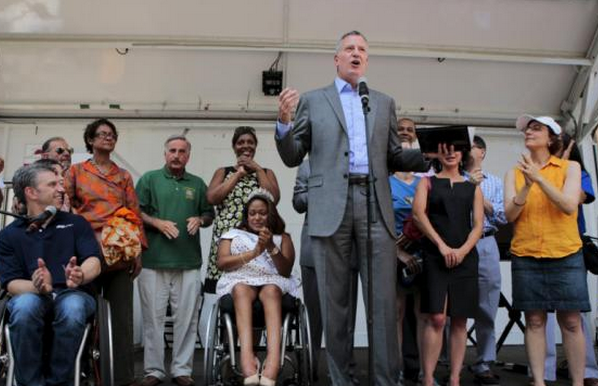 New York - Thousands of people marched through the streets of New York for the city's first Disability Pride Parade on Sunday.
People in wheelchairs and with guide dogs and parents carrying their disabled children marched during a hot day through the centre of Manhattan after Mayor Bill de Blasio kicked off the event.
The event, subtitled “Inclusion, Awareness, Visibility” saw people carrying signs asking for better access to public transport and housing.
“Disabled and proud,” said a sign carried by a woman in a wheelchair.
A man carried another sign reading: “Just because I can't speak doesn't mean I don't have a lot to say.”
Other signs demanded police stop killing disabled people, an issue recently in the spotlight in the country after police arrests ended in disabled peoples' deaths.
De Blasio said July was “disability pride month” in honour of the 25th anniversary of the Americans with Disabilities Act of 1990.
The march organised by the city is scheduled to be an annual event.
AFP